BRISTOL, CT – (December 9, 2021) – Senior quarterback Isaiah Sanders of Stanford University was announced as the 2021 recipient of the Wuerffel Trophy this evening on The Home Depot College Football Awards on ESPN. It was a night of several “second times” for the award, as Sanders becomes the Wuerffel Trophy’s second recipient from the Pac-12 Conference, and also, tonight was the second time the award was unveiled on the prestigious awards show itself.

The Wuerffel Trophy is awarded to the Football Bowl Subdivision football player who best exhibits exemplary community service, and was created in 2005 to inspire greater service in the world. The award exists to honor college football players who excel in Community Service and celebrate their positive impact on society.

“We are excited to announce that Isaiah Sanders is this year’s recipient of the Wuerffel Trophy and are so honored to have him join our family of past recipients,” said Danny Wuerffel. “His mindset and strong passion to serve others and inspire change where his platform allows, truly reflects what the Wuerffel Trophy is all about. We salute his accomplishments, and as he is an officer in the United States Air Force, we salute him literally as well. Also, I wish that we could present three Wuerffel trophies, because our other two finalists this year are so deserving as well – Nakobe Dean of Georgia and Patrick Fields of Oklahoma. Congratulations to all these amazing young men. We look forward to following their next chapters as they work to make our world a better place.”

Sanders, a sixth-year senior from Aurora, Colorado, graduated from the United States Air Force Academy in 2019 with a BS in Systems Engineering, and later earned a MS in Management Science and Engineering. During that time, he was named a member of the Allstate AFCA Good Works Team, was named a Mountain West Conference Scholar-Athlete, and in 2019 was a semifinalist for the William V. Campbell Trophy and a finalist for the Wuerffel Trophy. In 2020, as a fifth-year senior, Sanders transferred to Stanford and continued on this season for the Cardinal at quarterback.

At Stanford, he founded the “Adopt-A-Cardinal” program, which pairs a football player or position group with a classroom of grade school students to regularly encourage them, read to them, to assist them with their homework and to help them in any way possible. He’s also a member of Stanford’s student-athlete community service organization. As a cadet at the United States Air Force Academy, Sanders was Vice President of “Undivided,” a non-profit that focuses on strengthening communities while helping students create positive change in their spheres of influence. He participated in the Lockheed Martin Internship in Orlando, was Cadet-in-Charge of FCA, and was the Community Service representative for three years at the Academy. His service projects included speaking to students at local schools, FCA, packing and serving meals to the homeless, serving in God Chasers (Bible study) and orchestrating a combined graduation party for local high school seniors in Colorado Springs to provide a safe and sober alternative to celebrate graduation.

Sanders was commissioned as a 2nd Lieutenant in the United States Air Force in April 2020 and was selected as a Human Factors Engineer by the USAF.

The formal presentation of the 2021 Wuerffel Trophy to Sanders will occur on February 25, 2022 at the 53rd All Sports Association Awards Banquet in Fort Walton Beach. 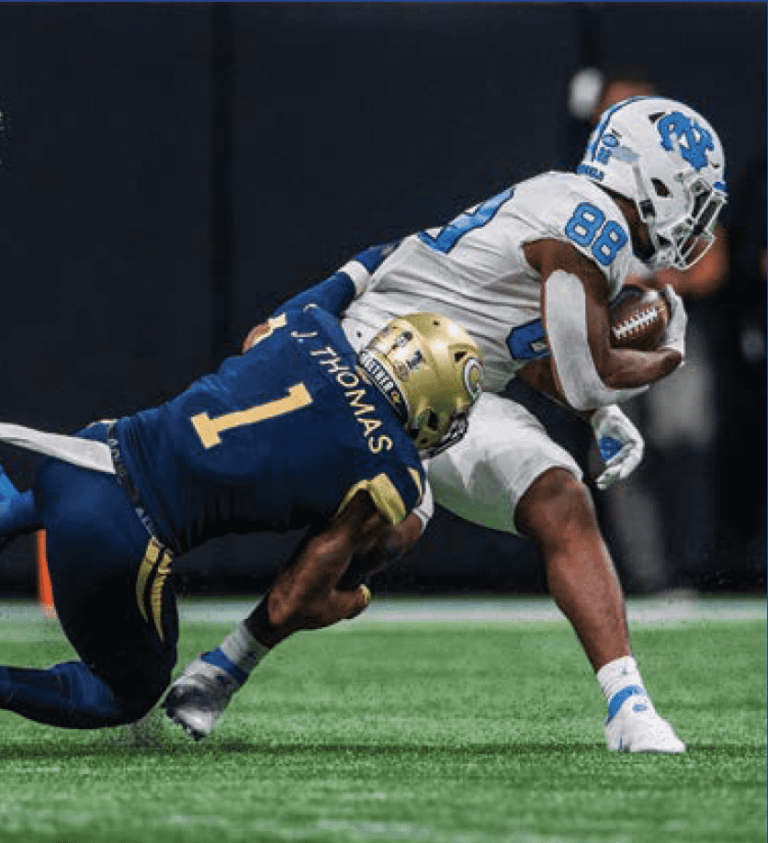